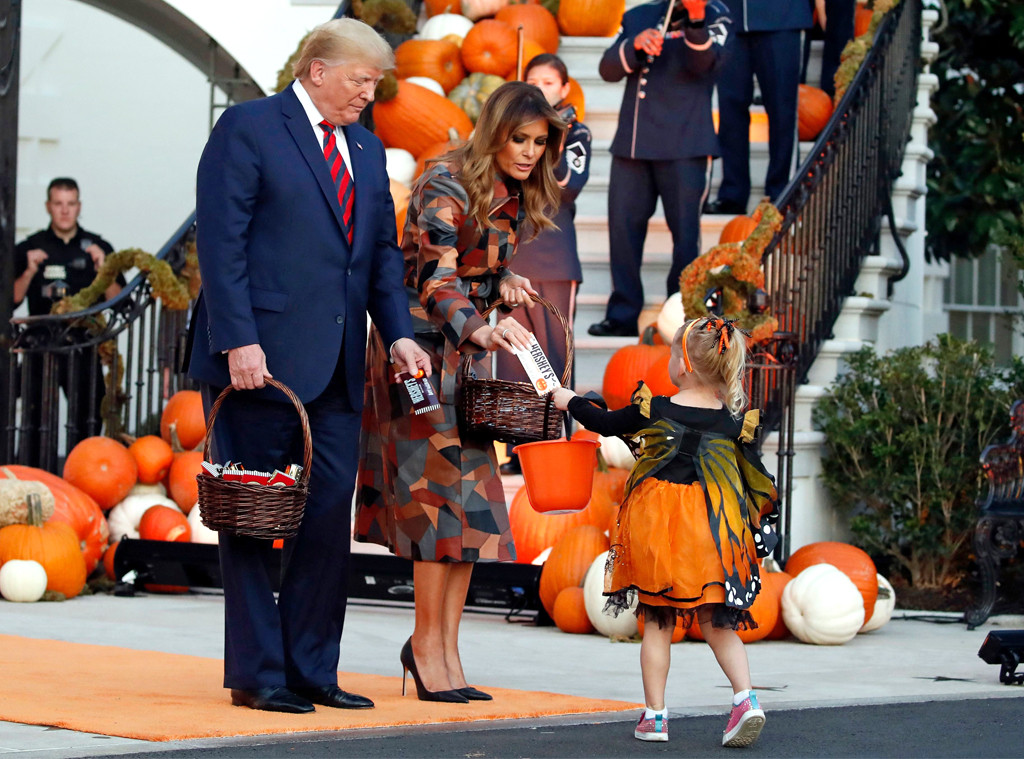 That's one way to do it!

Trick-or-treating has always been a tried and true activity on Halloween. It's tradition every year for the president and first lady to pass out candy to excited trick-or-treaters, but as with everything President Donald Trump does, he made the moment his own. When one excited kid showed up dressed as a minion from the popular 2010 film Despicable Me, President Trump decided to place a candy bar on the child's head. To make things even wackier, the first lady Melania Trump joined in on the fun.

The child in question couldn't reach his head because of the costume, therefore, the candy bars toppled to the ground. However, it seems a White House aide was there to retrieve the candy and put it in the child's bag. While very brief, the moment picked up steam when the powers that be got a hold of it on Twitter. Let's just say, the American public found the cute—albeit very strange—moment absolutely hysterical.

Many people took to Twitter to question whether the president realized that the child was actually carrying a bag or was just attempting to be playful. "The kid behind the minion was like 'Score! Twice the candy!' LOL!" one Twitter user wrote. "But, what did they think the bag was for? Nah, let's put it in his head instead. LOL #StableGenius and wife."

Model and part-time presidential arch-nemesis Chrissy Teigen had some thoughts about the matter as well. "I really try to give this weirdo the benefit of the doubt sometimes," she Tweeted. "I was like oh maybe he isn't carrying a bag. But he is." Hard to say what the president's thought process was, but at least the kids—and the internet—had a blast!

I really try to give this weirdo the benefit of the doubt sometimes. I was like oh maybe he isn’t carrying a bag. But he is. https://t.co/ZydUUeo1Wv