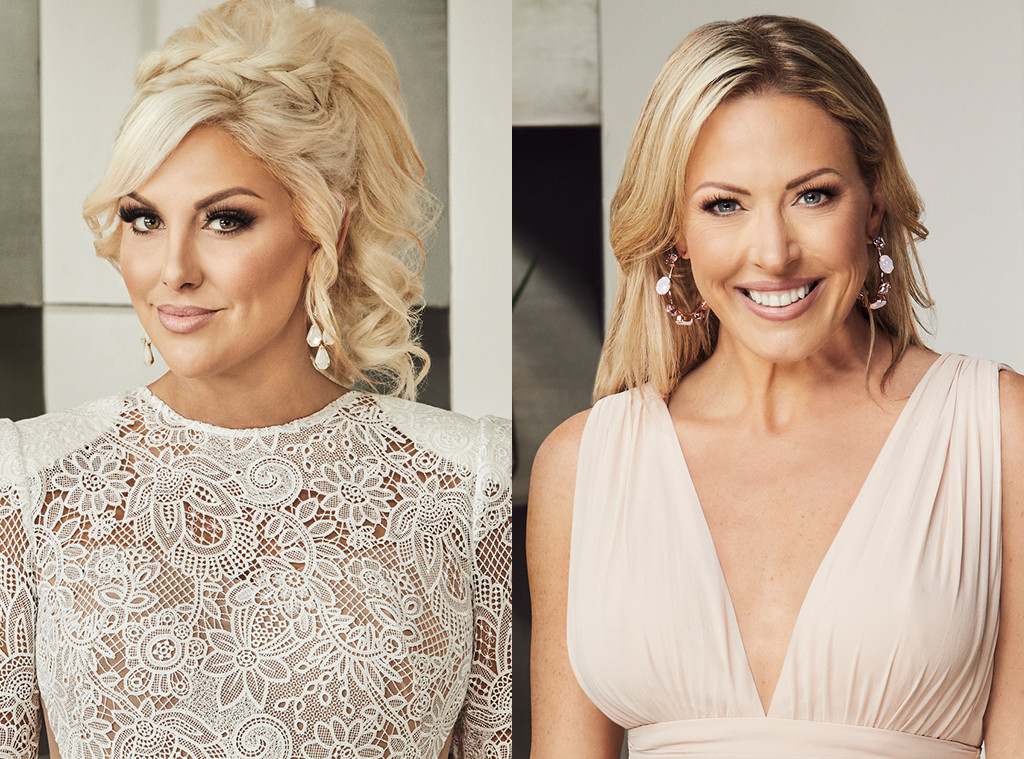 Don't let the wacky costumes fool you, there will of course be drama at Vicki Gunvalson's tea party.

In the exclusive sneak peek of The Real Housewives of Orange County below, it seems like Gina Kirschenheiter was pushed to her limit. Clad in a magenta wig, Gina opens up about why she went off on Braunwyn Windham-Burke.

You see, Gina was talking about her daughter's struggles and Braunwyn, 10 minutes before she ran from the table in tears, says, "You do public school, right?"

"She's not even in school yet," Gina says.

"Public school is great. They have your back," Braunwyn says.

But is there something else going on there besides the comment? Emily Simpson says Gina has been annoyed by Braunwyn and her "behavior and pretentiousness for a long period of time." Cue the flashback!

"It doesn't matter what Braunwyn does or says, she's at her Braunwyn maximum capacity. She could tell Gina she's pretty right now, and Gina's going to jump across the table and bite her head off," Emily explains.

In the Tuesday, Oct. 29 episode, "Spilling Tea and Throwing Shade," the ladies gather to celebrate Vicki's birthday with a royal tea party. Well, not all the ladies. Kelly Dodd refuses to attend. But despite her absence, rumors about Kelly have the ladies up in arms.

Read More About The Real Housewives of Orange County Royal Tea Party Is Rife With Drama Between Gina and Braunwyn at www.eonline.com