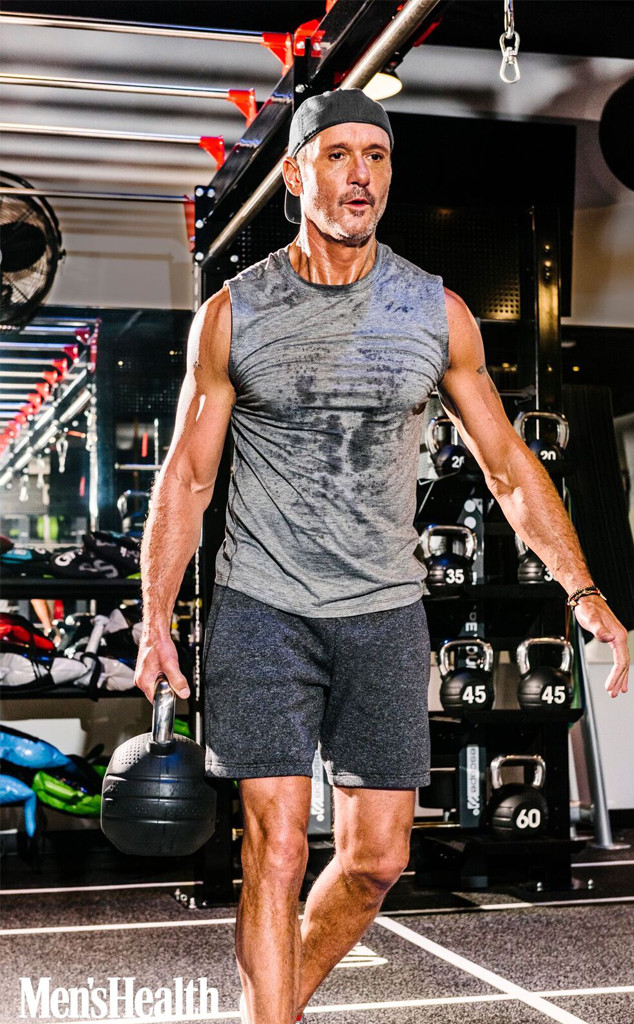 A little sweat is good for the swole… err, soul!

At least, that's how Tim McGraw feels after whipping himself into shape and losing 40 pounds. Speaking to Men's Health, the 52-year-old country legend opened up about his weight-loss, body transformation and the person who kick-started his fitness journey with one comment.

"I don't really get tired of training," he told the publication about his intense 90-minute workout that he created himself. "There's such a feeling of accomplishment that comes from the feeling of being my age and still being at the top of my game."

He later shared, "This workout is my meditation. It frees things up in your head so you can get the trash out for a little while."

In fact, his exercise routine is not only good for his health, but he explained it's helped his vocal chords. "I use my whole body to sing—my legs, my butt. And having more control over those things makes my voice stronger."

When he's finished with his workout—which entails a yoga flow that he calls Infinity, squats that he's named Cheyennes and the sumo-stance squats that strengthen his legs are dubbed Beyoncés—he feels more than accomplished.

McGraw's head is clear and free of the stress when he's done exercising, and he likes it that way. "This workout is my meditation," he explained. "It frees things up in your head so you can get the trash out for a little while." 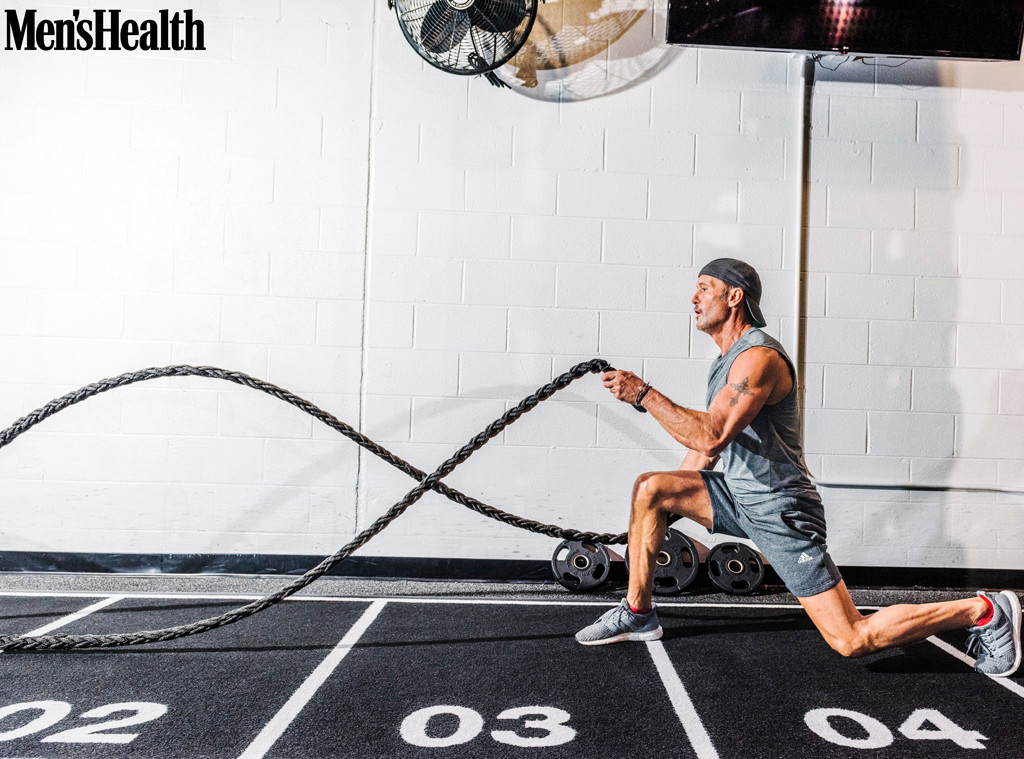 However, when he wants to indulge in his favorite meal, he'll put in the "extra work" for it. "A cheeseburger is my all-time favorite," the country icon confessed. "Now I try to earn it, and I'll do a little extra work."

So what inspired the 52-year-old star's fitness journey? Well, it was his daughter Gracie McGraw who ignited the fire in him. According to Men's Health, Tim realized he'd lost control of his fitness when he starred in the 2008 dramedy, Four Christmases.

At the time, he was at 215 pounds, and his daughter noticed he looked "big on the screen."

"I got out of it for a while," he expressed. "I was in the prime of my career, and I wasn't capitalizing on it." He slowly began walking in the morning, then increased that to a 20-minute run and now he's at the point where he's designed his own workout routine!

For the country singer, he credits fitness for "improving" almost everything in his life.

"Focusing on my physical health hasn't just made my body healthier, it's made me healthier at every level," he recently shared on Instagram. "Moving daily and exercising regularly was a pebble that set off a ripple effect, improving the way I eat, sleep, relate to others, and show up both personally and professionally. It made me a better person to be around."

All in all, the 52-year-old star is loving his health and lifestyle journey, so much so that he recently built a wellness brand, TRUMAV.

When it comes to McGraw's new chapter, we like it, we love and we want some more of it!

Read More About Tim McGraw Reveals the Body Comment That Led to His 40-Pound Weight Loss at www.eonline.com

← Despite two years of scandals, Facebook is still running 'almost flawlessly.' There's no sign of that changing. (FB)

90 Day Fiance’s Larissa: Corey ‘Used’ Me, He and Evelin ‘Deserve Each Other’ →