Tinashe Shuts Down Roc Nation Rumors, Sings Like an Angel Tinashe is shutting down rumors that she signed with Roc Nation … but it sure sounds like she's ready to make the move.

The singer was leaving Craig's in West Hollywood Thursday night, when we asked if it's true she's joining Jay-Z's company. She tells us she's an independent artist, so no … she hasn't signed anything.

Tinashe's wording is very interesting, though … because she seems to hint there's an offer out for her, but she's just not inking a deal until she puts out some music on her own first.

Even the notion of a big signing bonus couldn't sway her right now, she says … but then makes it clear she'd be excited to work with the company that boasts artists like Rihanna in the future.

And, to drive home the point she's worthy of a Roc Nation contract … Tinashe gives us a little sample of her talent. 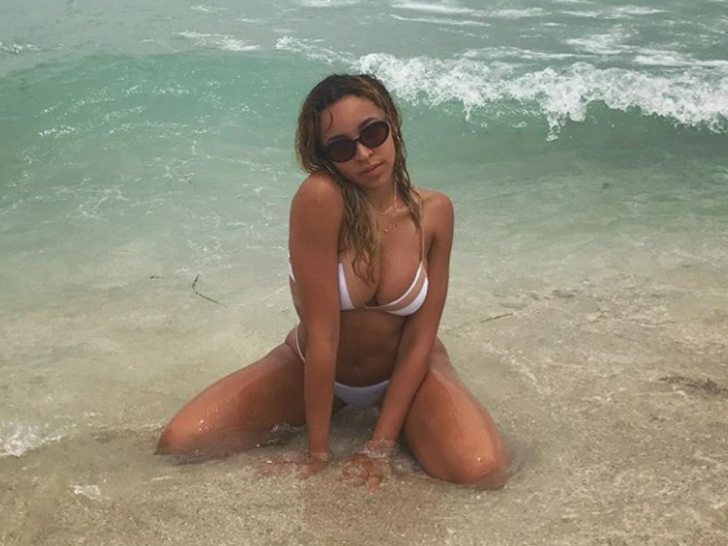 Read More About Tinashe Shuts Down Roc Nation Rumors, Sings Like an Angel at www.tmz.com