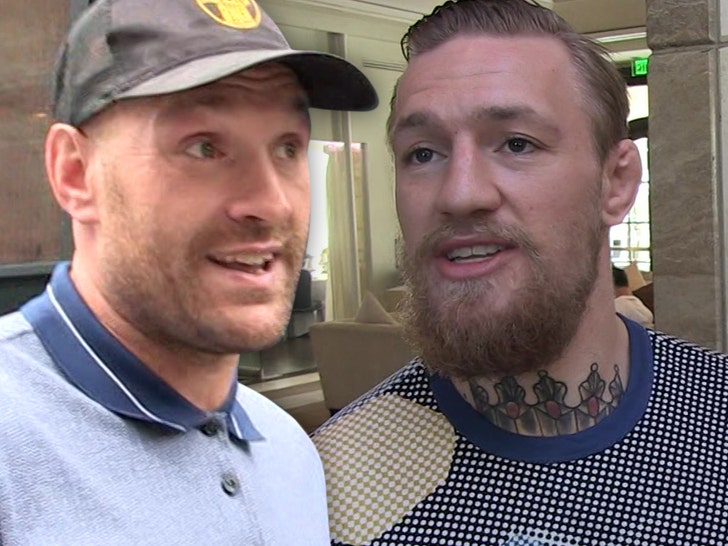 Tyson Fury wasn't just talkin' that talk when he said he wanted to get into MMA — he was serious … now announcing he'll be training with the Notorious MMA to get ready.

The heavyweight boxer confirmed the big news Sunday while talking to Sky Sports News, telling them that he's got something even bigger in the works than his upcoming WWE match against Braun Strowman in Saudi Arabia. What might that be, you ask???

It's the Octagon, baby!!! The Gypsy King himself says an MMA debut is on the horizon, and that none other than Conor McGregor is going to help him train across the pond.

And when is this gonna be happening, you may wonder??? Tyson had an answer for that too … he says if all goes according to plan, we may be seeing him get in the cage sometime this year. Keep in mind — it's October, folks. So if he's serious, that's a quick turnaround.

Lucky for Tyson, he looks to be in great shape right now … and is definitely on a tear to take over all combat sports, as he told us just last week in NYC. We couldn't tell if he was simply hyped off his WWE debut by roping in MMA, but clearly he wasn't. He's dead serious.

It sounds like he's got some unfinished business on the table — namely, beating Deontay Wilder in the ring — but the man's on a mission to fight. Good luck, champ.

Kelly Dodd: I 'Called It' That Jim Edmonds Is a Cheater →