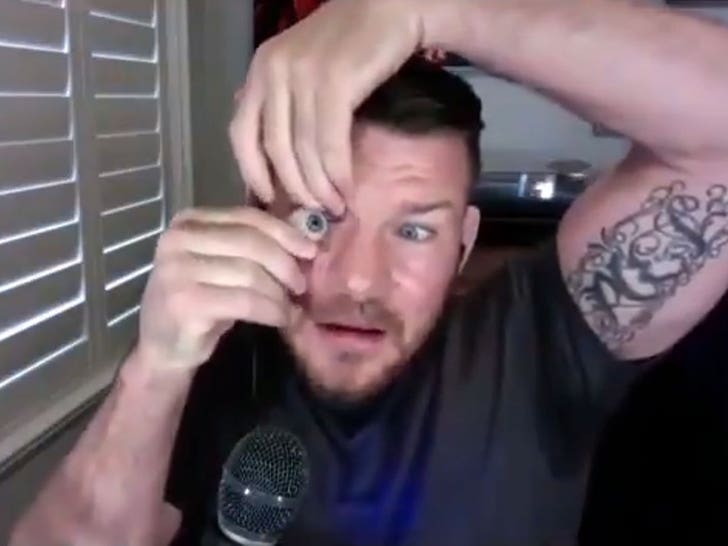 Did you know Michael Bisping has a glass eye? Wanna see him pull it out of his face?!

Great!! Because that's exactly what the UFC Hall of Famer did on his podcast this week … and it's AMAZING VIDEO!!!

"The Count" was explaining why he used to wear sunglasses so often during his fight career … and then reached into his right eye socket and plucked out a prosthetic eyeball!

Michael Bisping is a legend. pic.twitter.com/fg1TG4SwnO

"That's why I used to wear f**king sunglasses, baby boy!!"

Of course, Bisping has spoken publicly about his eye issues over the years — but it's unclear exactly when he got his replacement peeper.

Bisping first injured his eye back in 2013 during a fight with Vitor Belfort — suffering a detached retina.

The UFC legend told MMAJunkie's Simon Head his vision from that eye was "pretty much non-existent" ever since.

Amazing … since Bisping took 11 UFC fights AFTER suffering the eye injury and beat some of the best guys in the sports including Dan Henderson, Luke Rockhold and Anderson Silva.

We're reaching out to Bisping to find out more about the eye … because, frankly, we're fascinated.

Keep your eyes (or eye) peeled for more info soon …

How to go full screen in almost any app on a Mac, so you can focus and block out distractions →