What Does Prince George Want to Be for Halloween? Protect and serve! Duchess Kate and Prince William’s eldest son, Prince George, 6, is getting in the Halloween spirit by dressing up as a cop, a source exclusively tells Us Weekly.

“George wants to be a policeman!” the insider tells Us. And the little royal isn’t the only member of his family who’s planning a costume in advance. “Kate’s even got a cute little Halloween costume for Louis!”

As for Princess Charlotte? She has her eyes on a Disney character. “Kate lets George and Charlotte pick out their costumes,” the source shares. “Charlotte, in particular, loves dressing up so is super excited and has chosen a Disney outfit.”

The Duke, 37, and Duchess of Cambridge’s children have a cute tradition when it comes to collecting candy. “In the past, the kids have dressed up and gone trick-or-treating within the grounds of Kensington Palace, knocking on their relatives and live-in staff members’ doors,” the insider explains to Us.

Not only is Charlotte a big fan of Disney characters, but William revealed last month that she also likes a certain mythical creature. “My daughter loves unicorns,” he said during a September engagement. “Loves them.”

The toddler has showed off her love of unicorns multiple times this year. Not only did she have a pink sequined one clipped to her backpack for her first day of kindergarten in September, but she also carried a unicorn purse at a polo match in July. 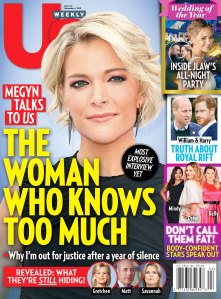 Another source told Us that William and Kate, 37, love raising three little ones. “They are soaking up every minute they can,” the insider said. “Their dream was always to have three kids. They never say never [to having more].”

For more on the royal family’s Halloween plans, watch the video above!

With reporting by Natalie Posner

Read More About What Does Prince George Want to Be for Halloween? at www.usmagazine.com