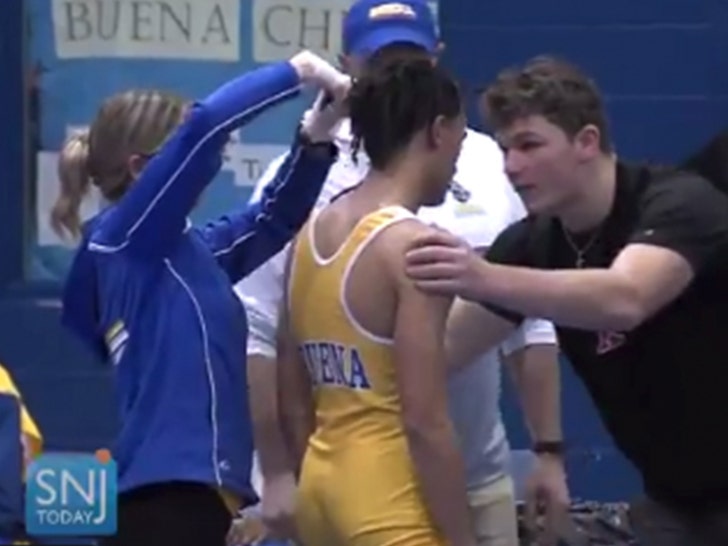 The H.S. wrestler who was forced to cut his dreadlocks before a wrestling match is happy the referee behind the incident was punished… but his attorney tells TMZ Sports the guy should be BANNED for LIFE.

Alan Maloney was suspended 2 seasons by the New Jersey State Interscholastic Athletic Association on Wednesday … after telling the 16-year-old Andrew Johnson (who is black) to either cut off his dreadlocks or forfeit a Dec. 2018 match.

The wrestler's attorney, Dominic Speziali, tells TMZ Sports Johnson and his family "welcome" the punishment and call it a win "for the progress of civil rights in New Jersey" … but feel it could have been more significant.

Epitome of a team player ⬇️

A referee wouldn't allow Andrew Johnson of Buena @brhschiefs to wrestle with a cover over his dreadlocks. It was either an impromptu haircut, or a forfeit. Johnson chose the haircut, then won by sudden victory in OT to help spark Buena to a win. pic.twitter.com/f6JidKNKoI

"The results of the [Division of Civil Rights]'s investigation leaves no doubt that repeatedly disgraced referee Alan Maloney was flat-out wrong in his abhorrent treatment of Andrew."

"It is our opinion that any individual with such a storied history of race-based incidents and continuing questions about his credibility should not face a limited suspension of two-years, but should be permanently barred from officiating."

The family also points out that the investigation determined Maloney lied about the reasoning behind the dread cutting when he claimed Johnson had "tape or rubber bands in his hair" … which multiple witnesses told investigators was not true.

"With today's announcement, we hope that no athlete going forward will be forced to sacrifice their identity for the opportunity to compete."

This might not be over yet … a legal battle could follow. Maloney has previously threatened to sue, and Speziali tells us for his client, "all options remain open."